Can You Remove Nail Polish From A Dead Body? We've Got the Facts

Can You Remove Nail Polish From A Dead Body?

Recently there have been a few videos going around social media raising hysterics over the idea that if a person dies with nail polish on, you can’t remove the nail polish off their fingers. For muslims, the removal of nail polish (or any other substance) is important for the purposes of the washing rituals associated with the burial rights of the deceased. This idea however, of nail polish not being removable after a person dies is a complete MYTH and has absolutely no scientific or logical basis. To help you better understand why, we’ve put together the scientific evidence that disproves this old wives tale.

Your Nails are Already Dead Can You Remove Nail Polish From A Dead Body?

Your finger and toenails are actually dead when fully formed - even when you’re alive. A fingernail is produced by living skin cells from the part of the nail called the matrix. The nails are composed of a protein called keratin (which is also found in your skin and hair). As the cells in the matrix grow, the older cells are pushed out and upwards towards the surface of the fingernail and harden. These are dead cells, meaning that they are not connected to any blood supply or nerve endings. This is why it doesn’t hurt when you clip your nails (or cut your hair). This is also the only part of your nails that you are able to paint with nail polish. 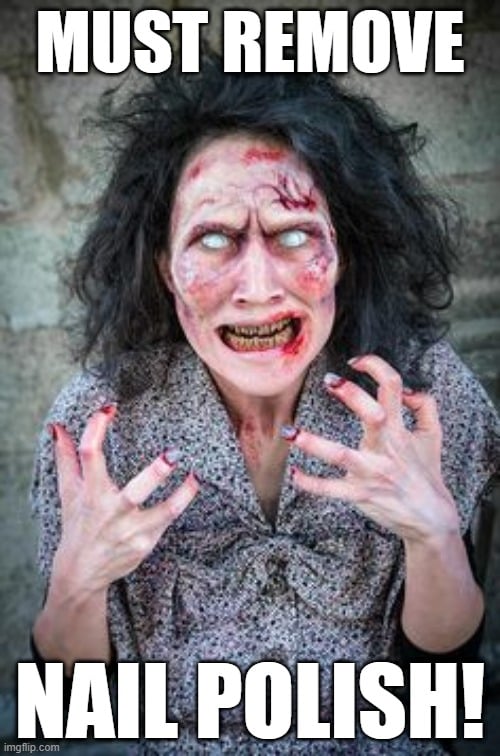 But Don't Your Hair and Nails Grow Even After You're Dead?

No. This is another common myth. After someone dies, all energy production in the body (in the form of glucose or ATP) stops. In order for any type of cell to continue growing or living is to have a supply of energy. Cell death by definition is the event of a biological cell ceasing to carry out its functions. Thus this also proves the above statement that the outer layer of your nails are also dead, because those tightly packed and hardened keratin proteins are not performing any biological function. They’re dead.

The reason people may think that the hair and nails are still growing is actually an illusion caused by skin dehydration and retraction. After the body dies, the skin cells begin to lose water and start retracting. This can make it appear that the nails and hair have lengthened. 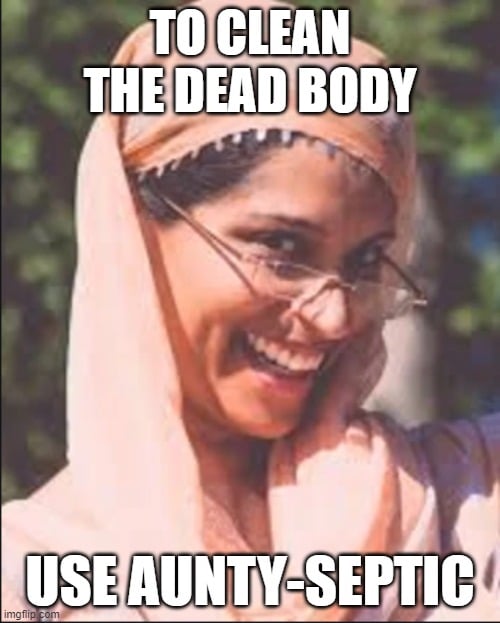 Yes, we’ve heard people claiming that some aunty who performs the washing rituals in the Islamic mortuary wasn’t able to remove nail polish off of a body. They claim that some “magical reaction” occurs during death that prevents the nail polish from coming off. Turns out this aunty may have come across someone with gel, acrylics or shellac on their fingernails. These substances won’t come off as easily with nail polish remover, but with soaking and filing they are easily removed. Also, most mortuaries are equipped with tools and chemical solvents to help remove things such as piercings, makeup, eyelash extensions, temporary dyes, and other chemicals. Think about the following scenario: What if someone working in a factory or lab that makes car paint fell and drowned in a giant vat of blue paint. You would have to clean their body with some pretty harsh chemicals because there’s a good chance the family would not want their loved one buried looking like a giant smurf.

A Simple Experiment to Prove them Wrong

There are still going to be those few hard headed people who won’t believe it until they see it with their own eyes (and that’s not always a bad thing). So here’s a very simple experiment that proves you can remove nail polish off a dead body.

The next time your nails are in need of a clipping, paint one or two of them with nail polish (it doesn’t even have to be our halal water permeable kind). Let them dry thoroughly, then clip your nails so that you have nail polish on your clippings. If you really want to be a hardcore scientist, put them in a zip-lock bag and leave them in the fridge for a few days. This will mimic what actually happens to a cadaver in the morgue. Take a few Q-tips and dip the ends in some acetone nail polish remover and then apply to the nail clippings. You’ll be able to remove the nail polish the same way you do on your nails. 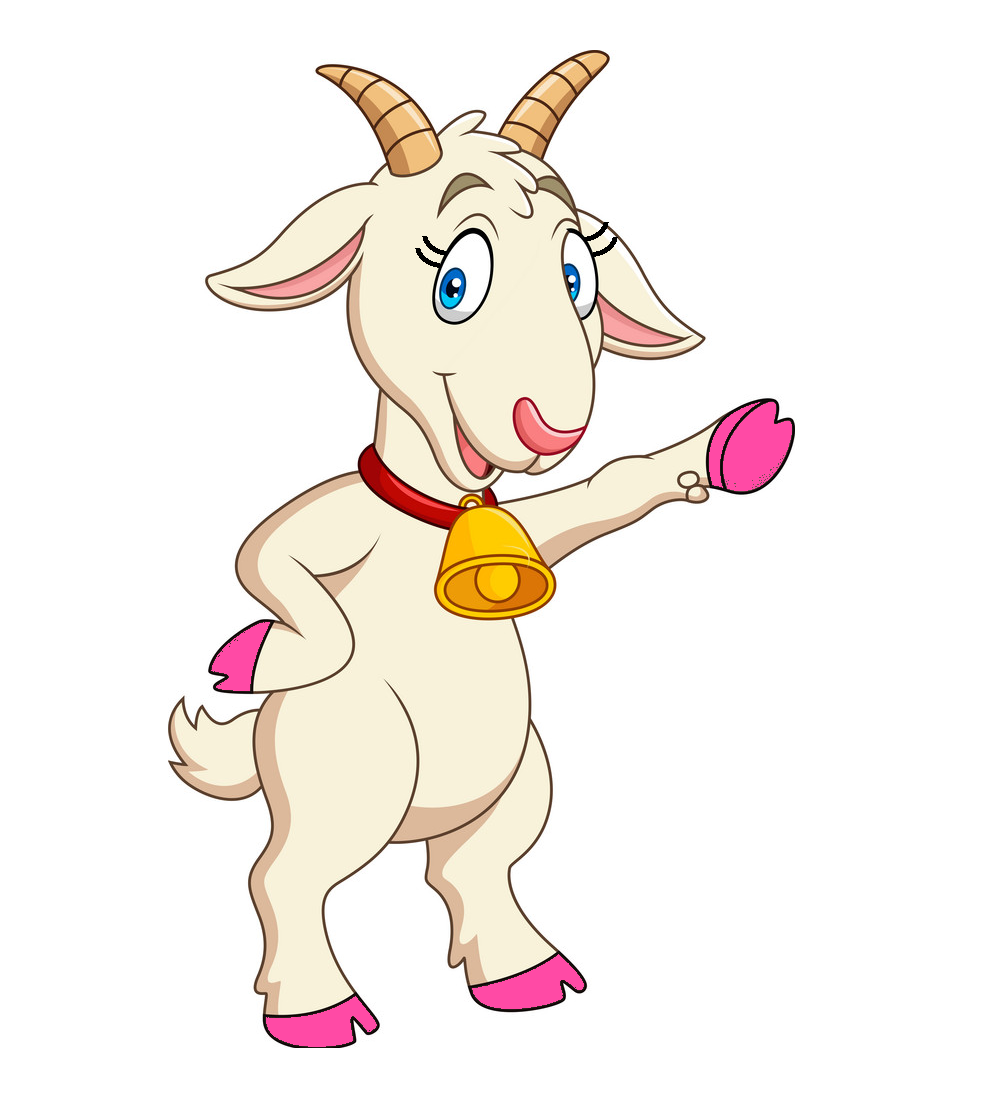 Still Not Convinced? We’ve got One More for Ya

The next time you go to your local butcher shop, ask them for a hoof of an animal. Hooves are made of the same stuff your nails are made of - keratin. Make sure to clean the hoof thoroughly and then paint it with your favorite nail polish color. We think our bright pink shade of California Girl looks great on goat hooves. Let it dry and then using a cotton swab and acetone nail polish remover remove the nail polish off the hoof. Voila! You’ve successfully taken nail polish off a dead body.

Can You Remove Nail Polish From A Dead Body?